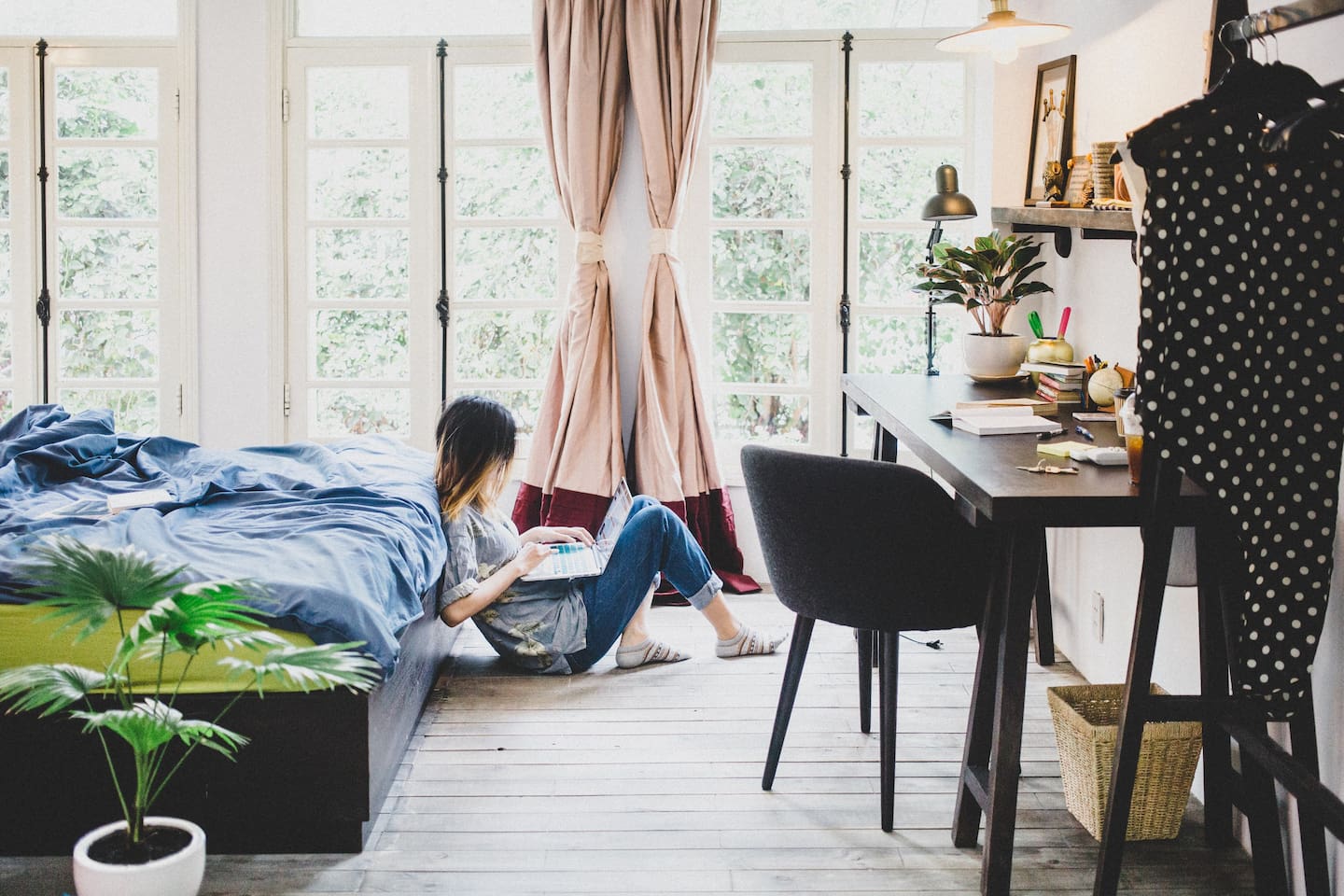 From $38 per night
Overview
Reviews
Experiences

We're a three room B&B located in the laid-back Da Kao neighborhood of District 1, 10 minute cab ride to the more touristy center. Our team is an eclectic collection of migrants and locals—all of us food lovers, coffee enthusiasts, creatives and seekers of culture and good design. Bunker is an amalgamation of our backgrounds: an immersive experience of life in the modern iteration of Saigon. As our guest, even if you're here for only a day—we like to think you’re living, not visiting.

/ The love child of Los Angeles and Saigon. /

Bunker is a bed, breakfast, and bar. It’s inspired by the real, irreverent, and sometimes run-down neighborhood haunts of Chinatown, Los Angeles, where some of us grew up.

Designed to reflect not just the look, but the mood of such a space and time: the idea was to capture what an immigrant family would create in Los Angeles in the early 1990s, with no resources, no design sense, no Pinterest, no English skills, but a lot of love for food and the neighborhood where they make a living. (Bunker’s neighbors are invited to grab a free coffee every morning.)

The bedrooms keep their French colonial structure (we are in Ho Chi Minh City after all), but the interior decor is an irreverent mix of neon, aged wood, open bathtubs, books, and kitschy souvenirs collected from around the world — reminiscent of lodgings above Chinatown storefronts.

Our rooms are named The Suite, The Writer's Loft and The Studio. All of them are listed on AirBnB. You can see them by going to my host profile.

YOUR ROOM - THE SUITE:

The Suite is an open plan room on the second floor, basically our master bedroom. It has a tropical Indochine style with colonial bay windows giving it a bright, cool afternoon breeze kind of feel. There’s a comfy king size bed, Scandinavian furniture and a luxurious standalone bathtub framed by palm fronds. The Suite is equipped with an ensuite toilet. You're also welcome to use our spacious shared bathroom if you wish.

Unfortunately, our LA breakfast bar is closed. We're working on a new concept to replace it in the summer of 2020.

Behind the breakfast bar downstairs, you will find a little barber shop called Hoai Niem (Old-fashioned). Occupied by four young and enthusiastic man, they are well-known for their takes on adapting old Vietnamese hair style with love and passion. Only available through appointment.

You're welcome to enjoy all the facilities we provide. Please don't enter the kitchen, let us do the work for you.

During the opening hours of the bar, our young and friendly staff would love to share the coolest things going on in the city with you.

District 1 is not famous for being quiet. However, Da Kao, our neighborhood, provides an unique laid-back but up-and-coming vibe. Surrounded by many great places, whether you want traditional Vietnamese street food, hip cafés or bars, you can be there in less than 15 minutes walking.

Taxi Cabs are really easy to hail when you're out on the main street. Grab Motor and Car (share-ride app) is also available, cheap and popular.

Only use Mai Linh or Vinasun branded taxi. They're the most reliable companies.

Other things to note

In case of all Bunker's rooms are booked up, we just opened a new beautiful space near-by called CAMP which's just 5 minute away from Bunker. Please go to my host profile to check it out.

- Please do not smoke inside the room. You're free to smoke in the common living area.

- Please turn off Air Conditioning when you're going out. Let's make our Earth greener.

- No shoes inside. We will provide you with indoor slippers.

- Have fun and chat with our bar staffs for travel insights.

I stayed here for 10 days while taking Vietnamese classes at the nearby VLS. There are quite a few language centers and schools nearby.

Viet was EXTREMELY prompt and responsive to my inquiries when I asked for laundry to get done and when I (embarrassingly) locked my keys in my room.

The place was a little bit like Fort Knox in terms of security, with a guard out front and two subsequent gates before you get to your room. Needless to say, I already felt very safe meandering the streets and alleys late at night, and felt extra safe on returning to Fort Knox. One night I returned past midnight and felt bad for waking the napping guard.

The room was very serviceable for a long stay. There was a sizable public fridge which I used to chill a few beers and some other guests (perhaps accidentally) partook in, but otherwise a nice thing to have access to.

Music from downstairs was particularly loud on the first night, but then ebbed after that. The neighboring parakeets also seem to like exercising their vocal chords as well, but it didn’t bother me much. Earplugs were provided by the house in the event someone might desire them. Given the din of the overall city, this was on a minor level.

What i was most surprised by was the centrality of this location to so many great restaurants and venues. When I was lazy, I took a Grab, but otherwise I spent much of my free time meandering the local streets. It’s a very artsy area that’s far more charming than the exploding loudness near Bui vien, or the boring air near the riverfront.

I enjoyed being able to grab a quick sandwich from a stall or sitting down at a fancier place (when I wanted to used my credit card to conserve cash). The variety of eateries ranging from $-$$$$ in walking distance makes it great for any budget. I fortunately didn’t get I’ll once during my time, so try the street food!

Perhaps my best find in walking vicinity of the bunker was a cute little whiskey bar named Barbaards down an alley that had a gorgeous and relaxing interior that sealed away the din. There was also a bespoke suit store in the same alley. My perceptions of alleys has really changed from the scary dark places they usually are in other countries to charming little streets, homes and businesses to discover with widely grinning and inviting folks.

The nearby Vinmart+ was extremely convenient to pick up bottled water and other small sundries.

Anyhow, I can’t emphasize the walkability component of the bunker enough for any readers out there who prefer urban hiking. Many people are wearing pollution masks and I brought one with me given my asthma. However, I wore it a few days and tossed it aside, and my asthma wasn’t inflamed at all. There are a lot of vehicles, but it’s a lot less than some of the other districts.

Overall a very positive experience and would certainly stay here again if business finds me in the area.

We really enjoyed our stay at The Bunker. The space was very well decorated and large. We enjoyed staying in The Suite, which comes with a private toilet. We still used the communal shower, which was always open when we needed it. The bed was really comfy and the space had all the amenities/toiletries we would need. The restaurant was super good - some of the best non-Vietnamese food we’ve had in the country after being here 3 weeks.

The location is close to a few cute cafes and restaurants, but a ways out from downtown and all the nightlife. We walked downtown once which took about 30 minutes and used the Grab ride service app frequently. The room is right above the restaurant, so a bit noisy with the music on in the morning and into the night, but earplugs were provided in the room and we used a white noise app.

Overall, great stay for our time in Saigon with super easy communication and very good value for the price.